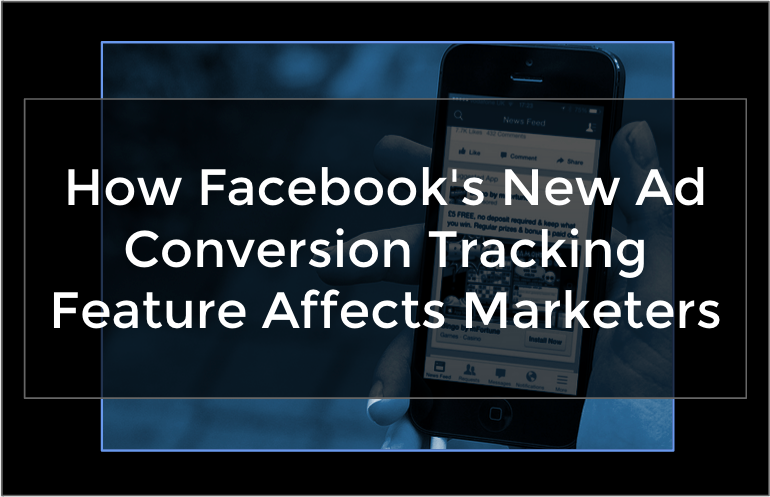 Have you ever thought about using Facebook Ads but were thrown-off by whether they’re actually worth it?

After all, what’s the point in spending money on something that isn’t working? You want your business to succeed. This means tracking, and knowing when to keep pushing with a campaign that works, and ditching those that are fizzling out.

Now, instead of only seeing “last-click attribution” (or Facebook Ad clicks which translated to a sale) Facebook has broadened the picture to share the other effects that your Facebook Ad campaign is bringing about.

Facebook claims that the upgrade will, “accurately determine the additional business driven by Facebook Ads,” allowing you to analyze everything that goes into whether your ad was successful.

How does it work?

Facebook will assign a randomized test group made up of your target audience (the people who will see your ads) and test it against a control group made up of people that won’t. This will allow them to determine whether people who saw your ad (but didn’t click) were still tempted into a sale.

Think of how incredibly valuable that is. This update allows you to see the actual impact your ad is making, not simply how many people felt like clicking it. It doesn’t focus on last-click attribution (click-to-sale only) but rather follows a person back to your business.

Let’s put it into perspective

Let’s say that you own a flower shop. You create a Facebook Ad and run it for a week. At the end of the week you see that only 10 people clicked on your ad and only one of those resulted in a sale. Even if that person did make a purchase equal to your ad spend, there’s a good chance you’d say to yourself, “Meh, Facebook Ads aren’t really worth the hassle.”

But what if Facebook could turn around and say, “Well sure, your Facebook Ad only resulted in one direct sale, but it did a ton of other kickass things for your business you didn’t know about!”

Let me share an example of how this looks on Facebook. Thank you Techcrunch for sharing your analytics!

Basically, Facebook now allows you to look at three more factors that could have been affected over the course of your ad campaign.

Or said another way, “As a result of your ad, this cool thing happened”:

This new technology allows you as a business to determine whether your ad campaign is actually working or not. With this tool you’ll be able to see (specifically) whether or not Facebook is making an impact on your bottom line.

This update also goes beyond desktop to allow you to track multiple devices. I personally work across a minimum of three devices a day between my computer, tablet and mobile. This means that if a person sees your ad on their mobile device, they’ll be able to get home and make the purchase on their computer and you’ll still be able to identify that your ad influenced their decision.

That last bit wasn’t possible before (even with Website Custom Audiences) as the tracking pixel wasn’t transferrable and couldn’t be seen when a Facebook user switched devices.

What this means for your business.

This means that you as a business can now see the effect of your ad beyond a simple click to conversion.

Seeing immediate results from advertising isn’t always possible. With this feature you’ll be able to see the long-term rewards of your advertising efforts.

From the mouth of a company that has found success using this new tool:

“Conversions can take time, especially when making a decision to invest in your future and enroll in a course. For the first time, we were able to see exactly the effect our investment in Facebook Ads had on enrollments—even if someone didn’t click on an ad.” – Open Colleges

Now, instead of freaking out that no one clicked on your ad (and I’m speaking completely from personal experience here) you can feel safe in knowing that your Facebook ad efforts are worth it (or weren’t!)

Whether you’ve used Facebook Ads in the past or not, I encourage you to check out this new tool if you have access to it. No matter where you stand on the Facebook Ad debate, you’ve got to be in favor of trying new cool stuff – especially those that allow you to measure your success so impressively.

Has anybody seen this yet? Can you think of ways your business will be able to use it?

When Samantha isn’t crushing content at Wishpond she performs with her burlesque troupe, casts spells in dungeons and dragons and enjoys baking and eating cookies.