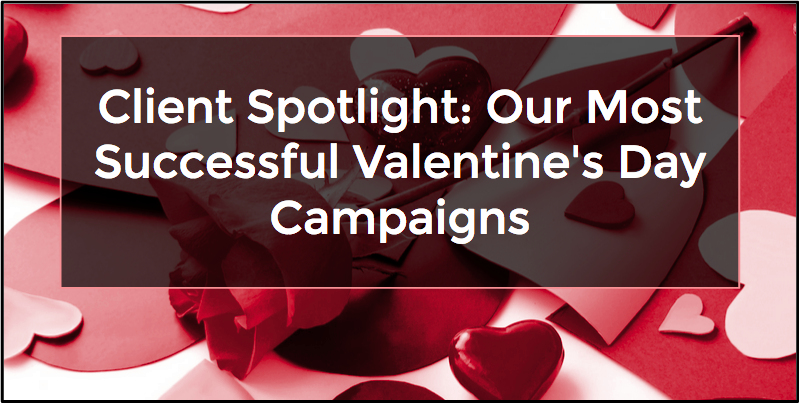 We have a lot of clients. Some of them find success quickly, easily, or serendipitously. Some have to fight tooth and nail for success, and some (whether because of external influences or internal) never find it at all.

One of the best ways we’ve found to encourage the success of struggling businesses is to show them how businesses like theirs have managed it.

So we took three clients of our most successful Valentine’s Day promotions from 2014. These clients (there’s no other way to say it) kicked ass.

And you can do it this Valentine’s Day too (there’s still time!)

Two weeks away from St Valentine’s Day, we give you three of our most successful Valentine’s Day promotions of 2014. So here they are, laying bare on a bed of rose petals for you to find inspiration and success with your own promotion.

Staub’s Valentine’s Day promotion yielded one of the highest conversion rates of any Wishpond promotion last year, with 28% of traffic to the page giving their email and entering to win. 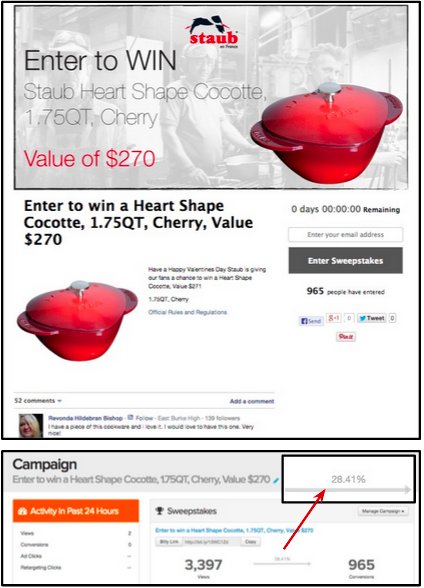 I love the Valentine’s-related product here. Producing a limited amount of holiday or seasonal products can be a great way to generate buzz and increase the value of your products (by making them exclusive). A prize is far cooler if you have one of only 5 made.

How You Can Find the Same Success?

We’re also looking at a prize worth significantly more than most SMBs are prepared to dole out.

That said, a lot of the strategies implemented in MyJewelryBox’s campaign can be emulated by your smaller business. 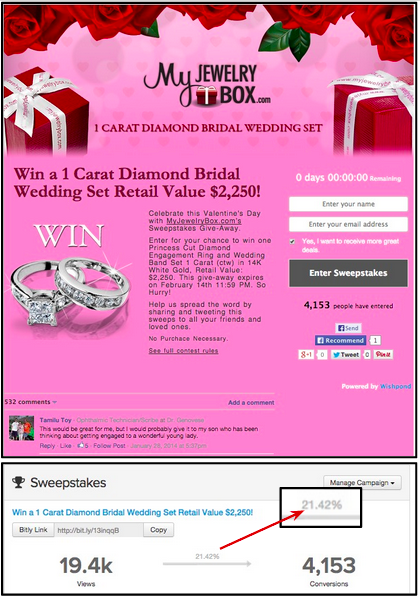 How can You Find the Same Success?

In February of last year, HydroFlask ran a referral contest, except better. There are huge benefits to referral contests (maximizing the number of entrants, for instance) but there is also a sizeable barrier to entry – making them awesome when they succeed and frustrating when they don’t.

So HydroFlask set up a referral contest with a few extra incentives. Their breakdown read like this:

Throughout February 1 – 14th, we’ll be giving red, white and pink Hydro Flasks away based on customer referrals. The more referrals made, the more Hydro Flasks we will give away!

Then they described a standard referral contest: enter your email address; enter the contest; receive a link with a unique code; share that code with your friends. When your friends sign up you get referral credit and win. Simple.

But then they added a little more:

Let’s take a look at their promotion: 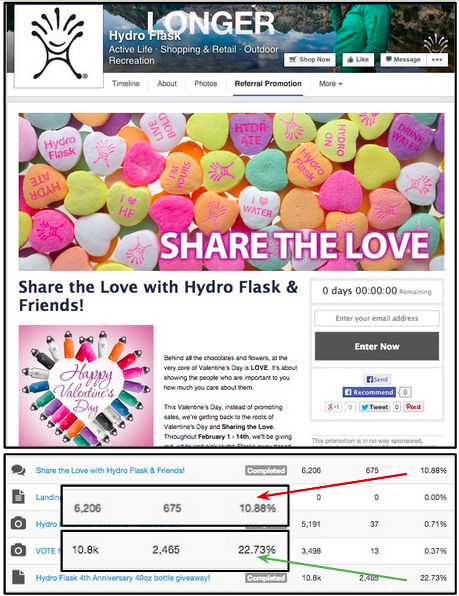 You can see from the dashboard shot that HydroFlask has run multiple campaigns. Two of these campaigns (the ones they spent time and energy on) converted in the double digits (10% for their Valentine’s Day promotion and 22% for one later in the year). This is primarily due to three things: design, offer, and diligence.

HydroFlask put time and effort into multiple, appealing images, offered something related to their business which they knew people wanted, and diligently paid attention and updated their promotion throughout its runtime.

How can You Find the Same Success?

Half of marketing is creativity and innovation, the other half emulation. Be inspired by these three promotions and then bring your own skill-set and personality to the table.

Have you run a successful campaign? Why do you think it was successful? Or were you frustrated by your results? Get the conversation rolling (and let’s see if we can’t help each other out) in the comment section.

James is a content creator at Wishpond and author of The Complete Guide to Landing Pages (among others). When he’s not writing or designing for Wishpond he’s enjoying Vancouver breweries, ultimate frisbee and risking his life biking around the city.