What is Facebook Relevance Score & How Does it Affect Performance?

Facebook released an update a while back to the Facebook ad platform. It’s called “relevance score” and means that “the higher an ad’s relevance score is, the cheaper it will be to deliver.”

Now, think about all of the other advertisers on Facebook trying to reach the same people you are.

So Facebook in all of its genius came up with the Facebook relevance score as a kind-of grade for every ad that is published. It helps determine what ads actually add value for their intended audiences or are simply irrelevant and annoying.

Plus, isn’t it going to be nice to get even more relevant and appealing ads when you’re browsing Facebook? Sayonara Adblocker!

So, what’s the deal with the relevance score and how does affect my ads?

“Relevance score is calculated based on the positive and negative feedback we expect an ad to receive from its target audience.” – Facebook

What does this mean?

Note: your relevancy score is not impacted by your bid.

Note #2: You’re not locked into the same score for life.

Even if you initially receive a low score (or high score) as people interact with your ad, the score can go up or down. Of course the best way to mitigate a low score is through testing your creatives and audience before launching.

But don’t worry if you haven’t tested your ad as thoroughly as you could have because you’re not locked into the same ad creatives and audience for the entirety of the campaign. This means, if your ad’s relevance starts to take a dip you can test out new creatives, a new audience or a combination of the two to help increase your score.

How to use relevance score to your advantage

Start creating more relevant ads that are targeted at the right audience. Also (now that Facebook is influencing ad cost based on their own analysis of what “good creative and targeting” is) it’s probably a good idea to check out Facebook’s own advertising best practices, as they’ll probably align.

To keep in mind:

In an ideal world, a higher relevancy score will mean that your ad is shown over a competitor’s similar but less relevant ad when your bids are the same.

Unfortunately, that’s not the case. That said, this update will mean something pretty cool…

Say you’re fighting against a competitor with the exact same target audience. With this update your bid is no longer the deciding factor in how much that ad is shown. It’s become way more complicated but way better for those advertisers who know what they’re doing.

So what can I do to make my Facebook ad more appealing and increase my relevance score?

What you’re really wondering is, how do I make my ad a 10?

I’m going to use the following ad to provide you with a hypothetical of what’s will be going on as your ad is tested for its relevance score. 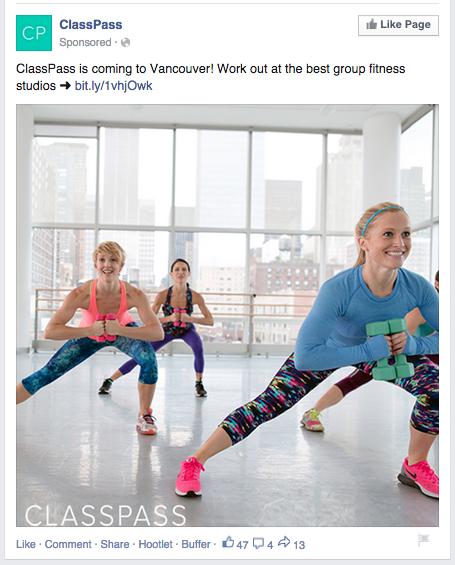 I feel like the targeting has been done relatively well:

I feel as though the creative side of things is good as well:

But testing is always crucial, no matter how you feel about your ad!

Facebook has leveled the playing field for all advertisers on Facebook. Now it’s not just whether you have a deeper pocket book but whether you’ve created an awesome ad that resonates with the right audience.

What are your thoughts? I feel that it’s going to hold a lot more advertisers accountable and thinking about what they’re putting out there before posting their ad.