Alright, let's get down into it.

How much are Facebook Ads going to cost me, and why?

The first thing you need to remember, whenever messing with Facebook Ad costs is that payment works within what they call an "auction." Because of this, there's no simple answer to "how much will my Facebook Ad campaign cost?"

Every time you pay for an ad, you're actually "bidding" on access to your target audience. If you don't set your bid manually, Facebook will do the math for you based on budget, target market and campaign duration.

As we mentioned above, a lot of factors directly or indirectly affect the cost of Facebook Ads.

How much your ads will actually cost—and how much you’ll get for what you pay—will depend on a variety of different factors.

There are two primary factors which influence how much you'll have to bid to "win" the ad auction:

As I said above, Facebook Ads are an auction, so imagine every time you enter the bidding window that you're in a big southern auction room. You’re in direct competition with every other advertiser who wants to "buy" the product up for grabs (Facebook users).

In short, the more desirable your target market, the more you'll pay to reach them. For anyone familiar with running a Google Adwords campaign, this will make complete sense to you.

I'll turn it over to Facebook to describe your ad's relevance score:

"Relevance score is calculated based on the positive and negative feedback we expect an ad to receive from its target audience. The more positive interactions we expect an ad to receive, the higher the ad’s relevance score will be. (Positive indicators vary depending on the ad’s objective, but may include video views, conversions, etc.) The more times we expect people to hide or report an ad, the lower its score will be.

Ads receive a relevance score between 1 and 10, with 10 being the highest. The score is updated as people interact and provide feedback on the ad." (Source)

So basically, it's Facebook's attempt to (genuinely) ensure that the ads they're delivering to their users are relevant to them and not super annoying or inappropriate.

What it means for the cost of your ad? Well, it can lower it considerably…

"Put simply, the higher an ad’s relevance score is, the less it will cost to be delivered. This is because our ad delivery system is designed to show the right content to the right people, and a high relevance score is seen by the system as a positive signal."

Don't think that Facebook hasn't recognized, just like TV advertisers, that there are more valuable times to advertise than others.

Your ad will cost more (as there's more competition) if you're looking to advertise your Black Friday discounts to shoppers. They'll also cost more around the holidays, the Super Bowl and more.

This is one of the reasons why I prompt Facebook advertisers to try off-season promotions (things like "It's Christmas in July!"). It's simply cheaper.

The cost structure of Facebook Ads is based primarily on objective, but before we dive into that let's take a look at the meaning behind a few of the most important terms you'll hear:

Now that you know the lingo, we can move on to objectives.

As I said before (when talking about the auction process), Facebook will automatically choose a bidding option based on your objective. For instance, if your objective is "Offer Claims", Facebook will decide your bidding strategy itself to optimize how much you pay based on that objective and the budget/timeframe you set.

Here's what "buying type" looks in Power Editor. Auction is the default choice:

And here's the choices you have for your ad objectives: 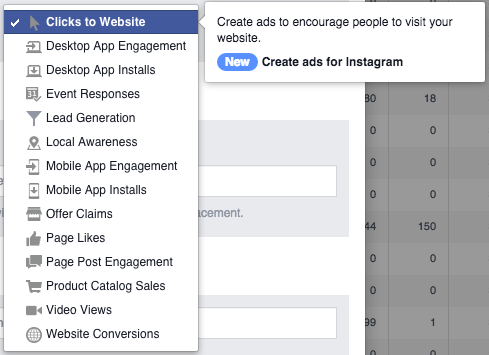 I run almost all of my campaigns using the "clicks to website" objective, as I've found it delivers the best return for driving web traffic and lead generation. But test it for yourself!

Before we move much further, let's get something out of the way…

Facebook Ads are one of the cheapest ways to get your brand in front of your target audience. 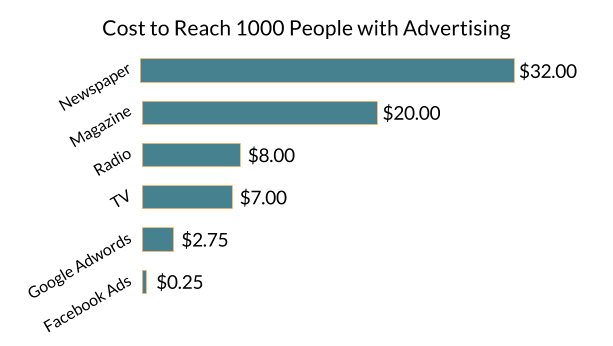 In agreement with what I've found with clicks to website, Salesforce found something similar: 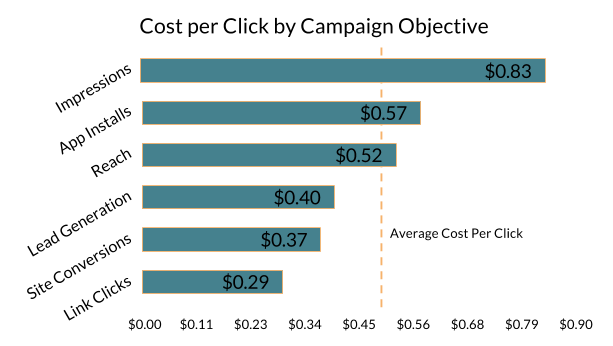 And, if you're wondering about how placement matters, here are a few benchmarks from the same Salesforce report:

To wrap it all up, let's take a quick look at average click-through-rate, cost-per-click and cost-per-impression by sector. (Isn't it a wonderful world we live in where this data is readily available?)

Now that you have some idea of how Facebook Ads are structured and what you can expect, let's move on to how you actually design it.