We’ve been writing a lot about Instagram lately, and with good reason. The platform has shown immense growth in recent years, and it’s only getting bigger.

Like my friend Jordan mentioned in For the Gram: The Anatomy of a Perfect Instagram Ad, it’s time to start paying attention to the power of Instagram advertising.

I’ll be going in-depth into a few more examples of great Instagram ad campaigns, accompanied by a couple key takeaways you can use for your own Instagram marketing.

Some of these businesses are large brands looking to increase their reach; the others are small businesses who were successful in driving growth using Instagram as their social platform of choice.

Most of the businesses I’ve chosen to highlight were also featured by Instagram on their blog, which means we’re lucky enough to have videos featuring insightful interviews with the people behind the campaigns. I’ll link to the Instagram for Business blog post for each company at the end of each section.

Everyone is Not Your Customer

The message Harley-Davidson chose to highlight in their ad campaign was “youth,” despite their key challenge of connecting with a younger target audience. The team behind the campaign decided to approach their campaign with the concept “where will the road take you?” which conveyed a feeling of adventure that was in line with both Harley-Davidson’s values as well as the interests of their target market. 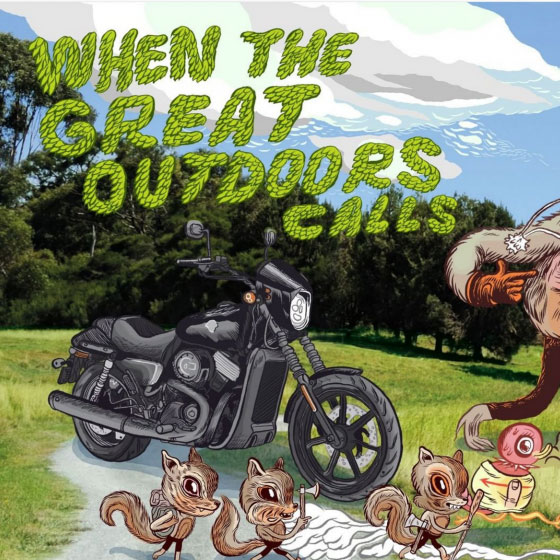 Harley-Davidson chose a single product to promote in their ad campaign: the Street 500 – a motorbike worthy of the Harley-Davidson name yet suited towards more youthful adventures. As mentioned in the video, Harley brainstormed to find three key ideas to center their ads around. They focused on three key aspects of youthfulness when building their campaign: surfing, food, and exploring the outdoors, all of which were ideas that resonated directly with their target market.

Instagram Advertising Takeaway #1:
Identifying and selecting a specific subset of consumers for the product you’re advertising allows you to be bolder with the approaches you take when crafting your campaign. If you do your research and make sure you truly understand the characteristics of your target market, you’ll be able to target them with pinpoint precision, resulting in a more engaging campaign.

As highlighted in the video, Harley-Davidson opted to use the “Carousel” layout for the ad campaign they ran promoting the Street 500. At its simplest, the Carousel layout acts as a slideshow, allowing advertisers to display multiple photos in a single Instagram ad. It’s unique in that it’s a layout that’s only available on Instagram through ads (the other two layout options are photo and video).

Harley-Davidson did something so innovative in this campaign that I haven’t seen before . In fact, I’m not even sure Instagram themselves thought of this when they made the layout available to advertisers. They chose to treat the layout as a panorama instead of a slideshow and employed four images for each ad that, when scrolled through on an Instagram feed, became one giant, detailed mural.

This was an incredibly creative approach to essentially increase the ad space available to them, and they filled this space with surreal, visually engaging illustrations. It’s important to note that the bike as well as the tagline for each ad (e.g. “when the ocean calls”) filled the first image in the Carousel (or in the panorama, the leftmost quarter of the photo) – as Instagram puts it, “the first frame should work the hardest”. 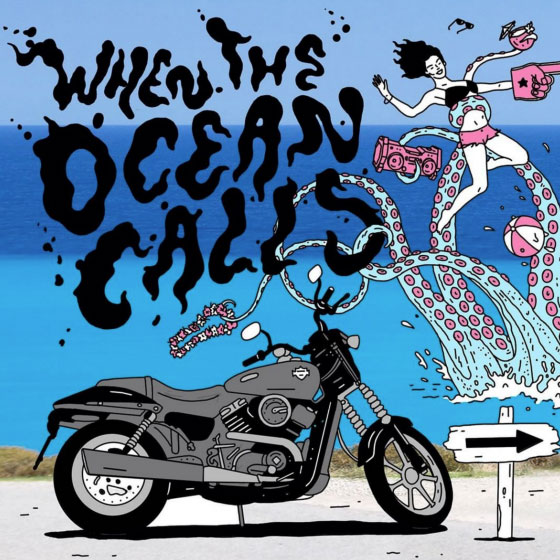 Instagram Advertising Takeaway #2:
Get creative with the medium. Instagram puts a lot of power in the hands of advertisers, especially with the recent introductions of the Carousel layout and, more importantly, 60-second video. Flex those creative muscles, and you’ll be rewarded with a campaign that’s both unique and engaging.

Learn more about Harley-Davidson’s campaign on the Instagram for Business blog.

Spotify’s ad campaign revolved around a new feature called Discover Weekly, a playlist that curates songs for a user based on their preferences. To promote this new feature, Spotify decided to take two approaches…

The first was an in-house ad campaign with messages such as “Get lost with Discover Weekly,” ,but also Tweets from users like “My @Spotify #DiscoverWeekly set is like putting on a new, perfectly tailored dress every Monday. #NowPlaying,” which gave the ads a personal touch that viewers would be more likely to relate to. These ads featured simple images with bold text at the forefront – something that was sure to grab attention from Instagram users scrolling through their feeds. 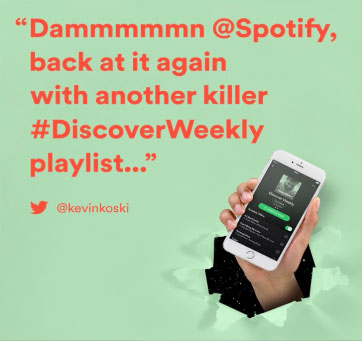 For their second approach, the Spotify marketing team was tasked with creating “hyper-local content” to promote Discover Weekly. So, they worked with fellow Australian company Tribe, which links brands and influencers (Tribe defines an Influencer as someone with 3000+ followers on Instagram, Twitter, or Facebook). Tribe allows brands to post creative briefs to a segment of influencers, from which influencers can choose to create sponsored posts. 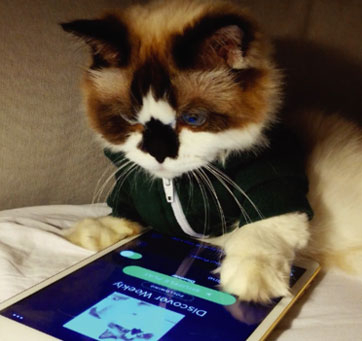 By doing this, Spotify gained an array of creative content from local influencers that felt “funny, on-brand, authentic, and truly Australian” that they used to run their campaign. Because the images they chose were experiences from actual users in Australia, Aussie Instagrammers found it easy to relate to the ads.

Using influencers in your Instagram campaigns can be a great way to show users what it’s like to use your product from a different – and often more “real” – point of view. Potential customers often take testimonials heavily into account when making purchase decisions, and promoting content from influencers relevant to the customers will go a long way towards increasing your credibility.

Learn more about Spotify’s campaign on the Instagram for Business blog.

If It Ain’t Broke…

To celebrate the sports drink’s 50th anniversary, Gatorade revived their hit marketing campaign “Be Like Mike,” a commercial featuring basketball player Michael Jordan that originally aired in 1992. Besides airing it during the 49th Super Bowl in 2015, Gatorade chose to feature their revived ad campaign on Instagram, which, as Jeff Miller (Director of Digital Strategy at Gatorade) put it, “was the perfect solution because the campaign is highly visual.” 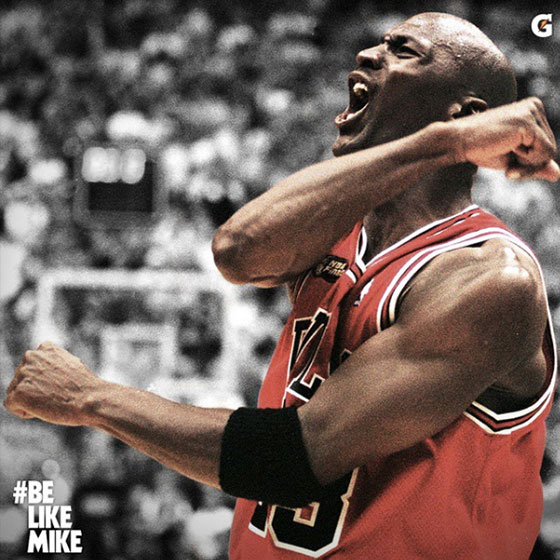 Gatorade updated their Instagram campaign to feature the hashtag #BeLikeMike alongside photo ads of Michael Jordan, and used Facebook’s (Instagram ads run on Facebook’s platform) targeting tools to reach over 4.5 million consumers on the social platform.

Just like Spotify, Gatorade featured images from Instagram followers who wanted to #BeLikeMike. As Jeff Miller put it, the company was “looking to engage with user-generated content, and Instagram gave [it] a really natural way to do that.” 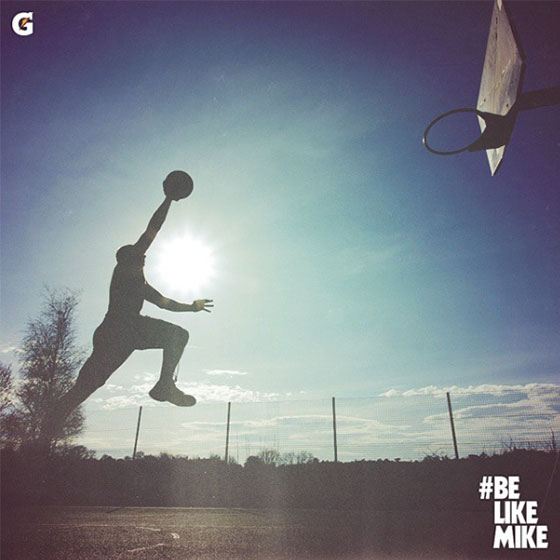 I personally love this campaign because Gatorade modernized a campaign that brought them success in the past – something you shouldn’t be afraid to do, either. If the message is the same, and it still resonates with your target audience, why not reuse it?

These days, hashtags and @mentions make it simple to create a single cohesive and collaborative campaign between you and your audiences, so be sure to make good use of both of these.

What Gatorade did next was even better . They took the data and insights generated from their Instagram campaign and retargeted their ads – again, using Facebook’s extensive, “surgical” – targeting tools – to reach a larger pool of interested consumers. Their strategy allowed them to reach over 4 times the number of people they reached on Instagram.

Because Facebook and Instagram are closely linked, you’re able to directly user insights you gain from one platform when advertising on the other. Facebook Ads, with the (slightly worrying) amount of data it has on its users, allows advertisers to target ads to audiences with laser precision in order to maximize the chance that a viewer will engage.

Learn more about Gatorade’s campaign on the Instagram for Business blog.

Upon launching the Mercedes-Benz GLA, their first compact SUV, the luxury auto-maker looked for a strategy that could leverage the “real versatility” of the vehicle.

Mercedes-Benz based their Instagram campaign on the existing theme #ThingsOrganizedNeatly and created ads featuring the things people would bring with them in the GLA, laid neatly on top of a mat the size of the GLA’s cargo area. 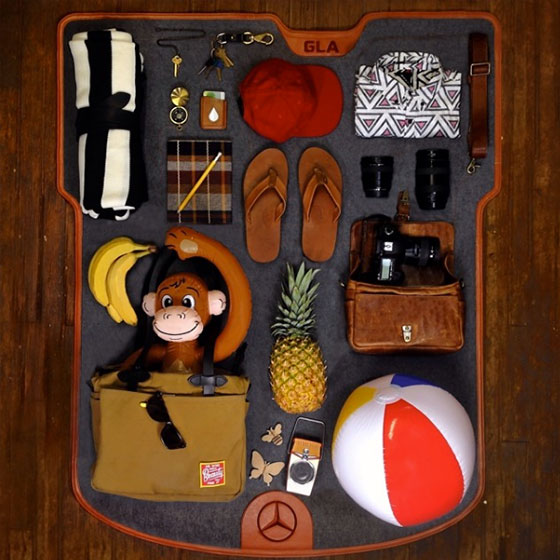 It was more than just a clever idea to demonstrate the vehicle’s capacity accompanied by an underlying sense of adventure – the Mercedes-Benz marketing team created a campaign that was perfect for the medium.

As you can see in the photo examples, the photos taken for this campaign wouldn’t have looked out of place at all on someone’s Instagram feed. Achieving this is one of the greatest keys to success in Instagram advertising.

Learn more about Mercedes-Benz’s campaign on the Instagram for Business blog.

Size can matter – at least when it comes to ad campaigns. It’s easy for big companies with recognized brands to pervade the advertising space with their experienced marketers and deeper pockets.

But when it comes to social media, anything is possible. Two small businesses – Muse in Berlin, Germany and Illyria Pottery in Oxford, England – found that out when they set out to establish their social media presences.

Muse: Nothing But A Number

When they started out, the couple behind Muse (Caroline Grinsted and Tobias Zeller), had no intention of marketing their restaurant on Instagram. What they wanted was simple: to offer diners an experience simulating a supper club – a Cuban tradition involving people running informal restaurants in their homes to help people meet each other over food and drink.

Though Muse didn’t run a sponsored ad campaign, they used their unique product with beautiful imagery to generate an Instagram following, composed of people who would go on to become consumers, totally organically. Though as of July 2016, they have only 1,200 followers on the social platform, it’s safe to say a large portion of these followers have visited – or are interested in visiting – Muse. 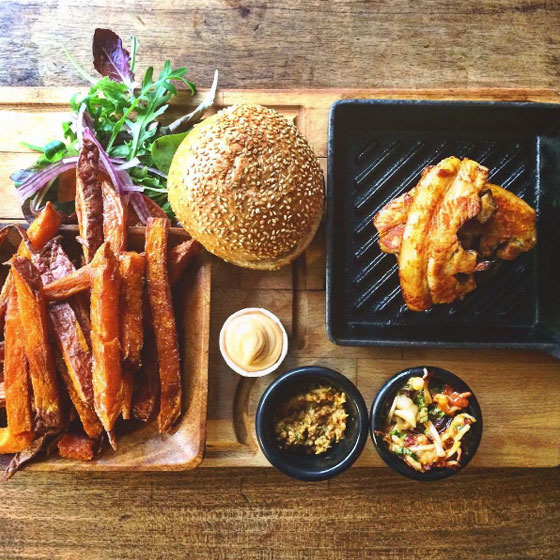 The message here is that “followers” is just a number – and, when it comes down to it, just a vanity metric. Though there are a countless number of accounts boasting hundreds, thousands or millions of followers, what matters is the number of people behind these accounts who are genuinely interested in your product. Though Muse has a relatively small follower base, it has succeeded in attracting and converting these followers into sales and long-term customers – a much more important metric than the number of Instagram feeds you populate.

Take time to interact with commenters and repost photos of your products from happy customers, and I guarantee you’ll see the results.

Learn more about Muse’s campaign on the Instagram for Business blog.

Illyria Pottery had a similar experience. After moving halfway across the world to start a pottery business, Katie Coston – Illyria’s owner and operator – used Instagram to give customers a behind-the-scenes look into her shop. As we know, Instagram is a platform that rewards creativity. The unique aesthetic quality of her posts as well as the one-of-a-kind perspective she offers followers makes it easy to see why Instagram became a point of success for the small business. 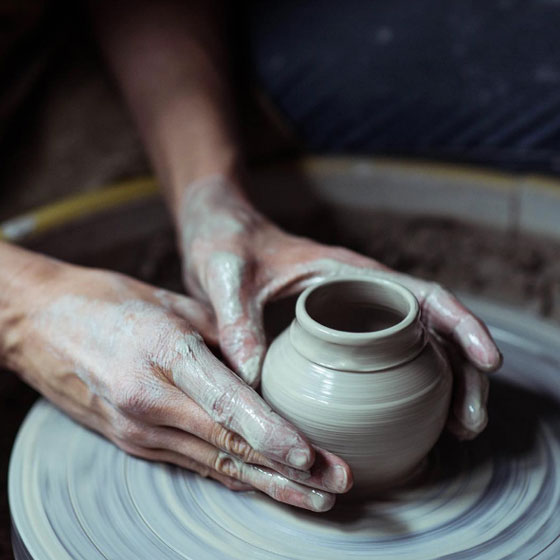 Like thousands of others around the world, Katie found she could use Instagram as a tool to grow her business. She found it particularly exciting that she didn’t need a “clunky camera.” Instagram (and the apps related to it) gives users everything they need to create great visual content.

Illyria is a great example for many businesses – including yours, perhaps – because it shows that you don’t need a dedicated marketing team or professional photography equipment to be successful in your Instagram marketing efforts. With smartphones having ever-improving cameras and the suite of editing tools at any user’s disposal, anyone can take and share beautiful images on the platform.

Learn more about Illyria Pottery’s campaign on the Instagram for Business blog.

To recap, here are the takeaways I covered in this article:

How have you used Instagram in your own marketing efforts? What are some things you’ve learned about growing your business on Instagram?

Let me know in the comments below. Thanks for reading!