If you’ve been involved with digital marketing for long, you know that online marketing campaigns rely heavily on conversions.

The goal of any marketing campaign is to get your target audience to act.

Whether you’re trying to get them to make a purchase, request your services, complete a form or even offer up their email, your goal is always to produce a conversion.

And, of course, once they convert, you hope they will become a profitable source of income for your business.

It stands to reason, then, that a higher conversion means your campaign is performing better, right?

After all, if a higher percentage of your traffic converts and becomes a paying customer, the more revenue you can produce from your marketing investment.

Landing page optimization only works if you are tracking conversions effectively. And really, if you want to increase your conversion rate, it might be good to know what percentage of your traffic is actually converting.

For that, you must have effective conversion tracking. Makes sense, right?

Sure, it might make sense on paper, but when you get right down to it, most marketers don’t track their conversions well.

In order to understand more about how conversion tracking affects conversion rates, let’s look at some data we’ve uncovered at Disruptive Advertising.

Over the past 3 years, we’ve audited well over 2,000 AdWords accounts at Disruptive Advertising. After compiling all that data, we made quite a few discoveries about online advertising.

One of our most interesting findings was the fact that most AdWords accounts are not tracking conversions very well.

Now, the good folks over at Google have done a great job of making conversion tracking easy for AdWords users. In fact, I would go so far as to say that AdWords is one of the best online advertising platforms for tracking conversions.

There are a couple of reasons for this.

First of all, setting up conversion tracking in AdWords is easy. All you have to do is open your account, click on Tools > Conversions and create a new conversion action, like so:

AdWords will then generate a little piece of code that you can add to a “Thank You” page when someone completes a conversion action (filling out a form, making a purchase, etc). 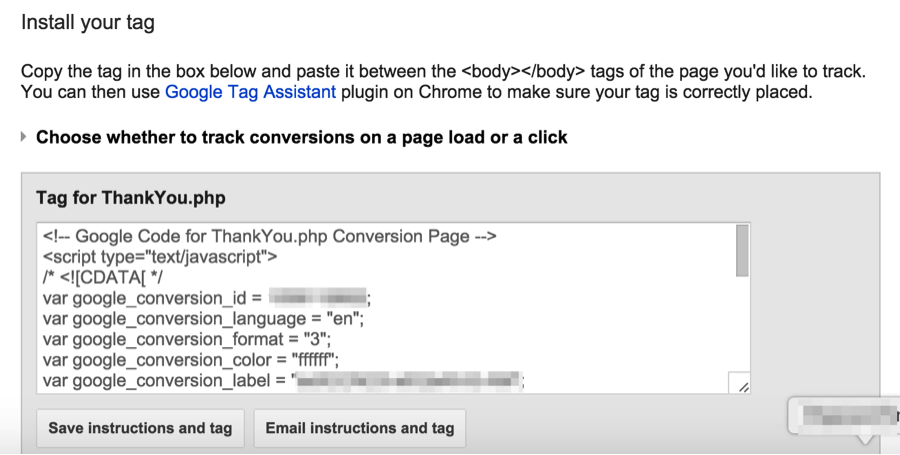 Once this piece of code is on your page, AdWords will record a conversion every time someone completes the desired action.

Second, paid search advertising is a fairly direct marketing channel. Someone is looking for something, they search for it online, see your ad and (hopefully) convert.

With other marketing channels, such as paid social or display advertising, properly attributing conversions is often a lot messier. But with paid search things are fairly straightforward.

So, between easy analytics implementation and simple attribution, you’d hope that every AdWords advertiser would have fantastic conversion tracking set up...right?

Accounts That Don’t Have Conversion Tracking

Almost 60% of accounts are tracking some conversions.

But that still means that over 40% of account managers don’t have a clue about the effectiveness their campaigns!

Not surprisingly, if you aren’t tracking conversions, your campaigns aren’t likely to produce a profit.

According to a report by Hubspot, 97% of marketing campaigns with poor tracking don’t produce a positive return-on-investment.

So, even on AdWords — with some of the best marketing analytics out there - more than 40% of accounts are almost guaranteed to fail.

The Accounts That Do Have Conversion Tracking

Amongst the 60% or so of accounts that were tracking conversions, only half of them had meaningful analytics in place.

That means that about 30% of all AdWords accounts technically have conversion tracking in place, but their analytics implementation is so bad that it’s barely better than having no tracking at all. 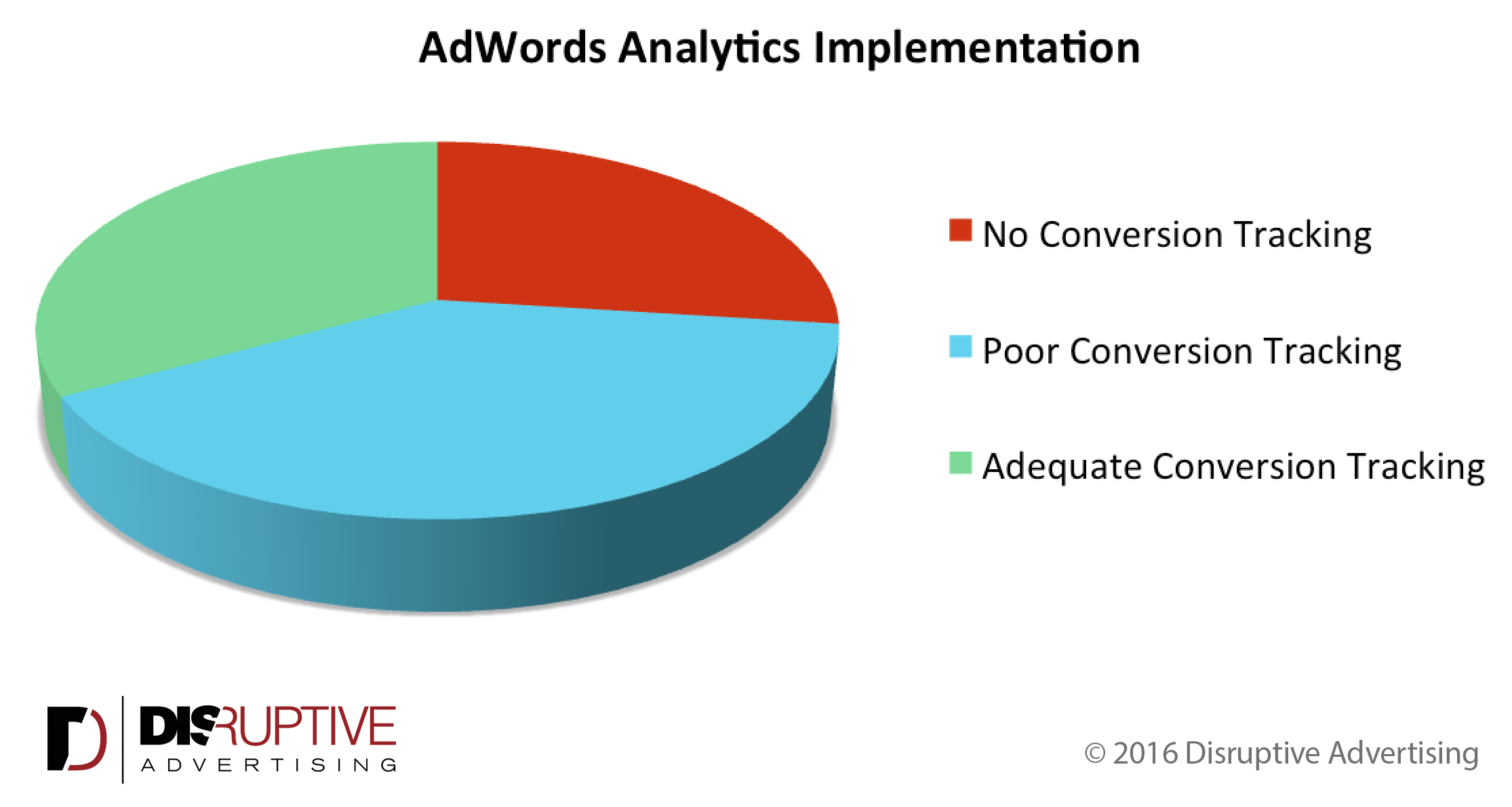 It’s not a pretty picture, is it? (Not to insult our graphic designer.)

A good example of the problems inadequate tracking causes is the home services industry, where most leads actually come from phone calls.

But, as it turns out, most home services businesses simply track form completions, which don’t come in very often. Form submissions (in this industry) are not a good indicator of the effectiveness of their campaigns.

But this is not exclusively a plumbing problem. There are countless companies that have tens-of-thousands of clicks and only a few conversions.

Sure, if you want to get technical, tracking some conversions is better than not tracking anything, but if they aren’t doing it effectively enough to really see how people are responding to their marketing efforts, are they really getting any value from their analytics?

A few years back, Wordstream ran a study to create solid benchmarks for conversion rates in AdWords. Their analysis found that:

We wanted to see for ourselves, so we ran an analysis on the data from our audits using the same criteria.

Not surprisingly, we got about the same results:

Here’s how that data breaks down:

That is… according to that data.

What Was Wordstream Tracking?

While testing our data using Wordstream’s criteria, it occurred to us that there was a problem with our analysis.

If you remember from earlier in this article, about 60% of the AdWords accounts in our study had conversion tracking, but in the course of our audit, we found that only around 30% of them were effectively tracking conversions.

By including the accounts with poor tracking in our assessment, we were diluting the actual average AdWords conversion rate by a lot.

Now, Wordstream had tried to address this by only including accounts that had than 10 or more conversions, but using those criteria, we still had a ton of accounts in our analysis that we were certain weren’t tracking all of their conversions.

So, that made us curious. How would the results change if we only looked at the accounts with solid conversion tracking?

We redid our analysis... and the results were quite a bit different.

When assessing only accounts with good tracking, we found:

Put those words into the same bar chart as we were looking at before, and you get this:

You know what that means?

If you’ve got social media advertising or other hard-to-track marketing channels, you may be missing even more conversions.

But there’s an opportunity here...

You Can “Improve” Your Conversion Rate in One Day

For a lot of people, just putting the right tracking in place can increase your conversion rates by up to 50%... all in one day.

Not only will your boss be psyched about this right off the bat, tracking all of your conversions will equip you with the information you need to really start a/b testing and improving your landing pages.

After all, if you don’t know what your current conversion rate is, how do you know if you’ve improved it?

Tracking the right conversions will make all the difference for your conversion rate — both now and in the future. Sure, it will take a bit of upfront investment, but it’s worth it.

You might not always see data that is as straightforward as we found ours in AdWords, but no matter what you’re doing with your marketing, you should remember this:

The key to optimized conversion rates is effective conversion tracking.

In what ways has conversion data affected your online advertising choices? Was this data a surprise? Get the conversation started in the comment section below! 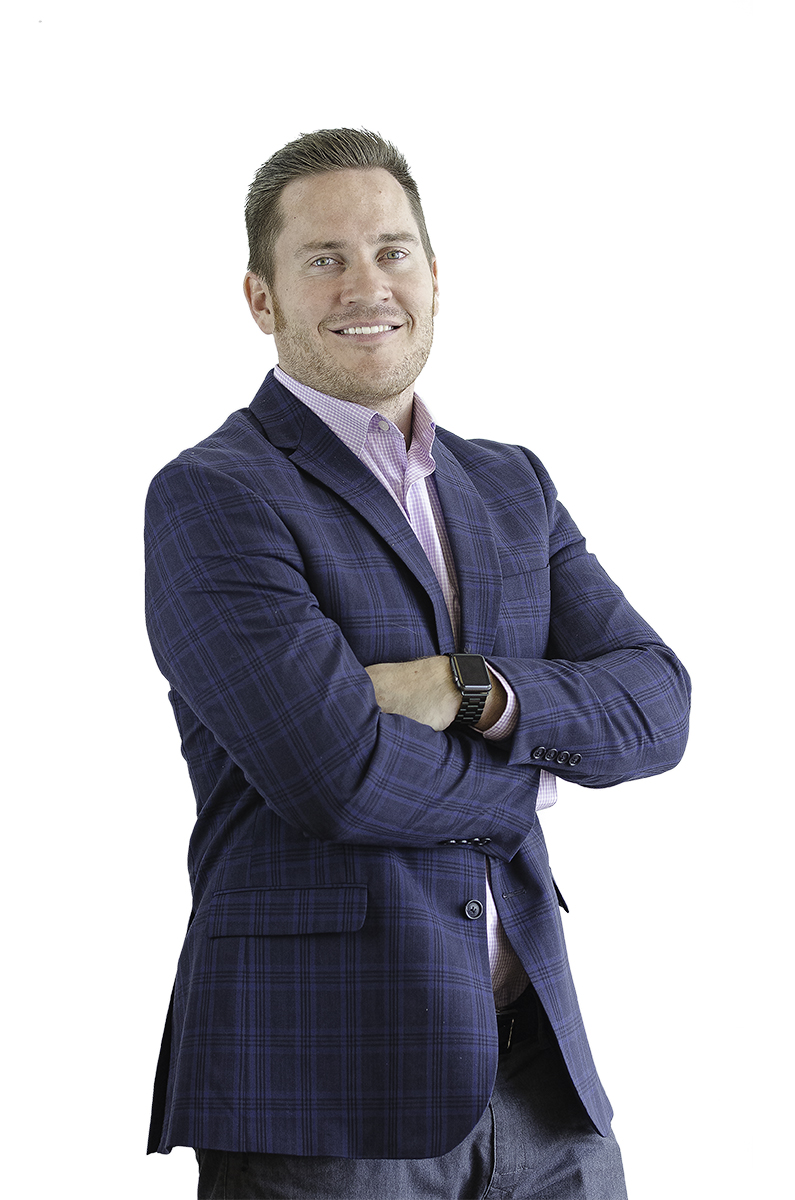 Jacob is a passionate entrepreneur on a mission to help businesses achieve online marketing success. As the Founder & CEO of Disruptive Advertising, Jacob has created an award-winning, world-class organization that has helped hundreds of businesses grow using pay-per-click advertising and conversion rate optimization.