David Velez, Nubank founder and CEO, is the most exciting name in fintech. He went up against the biggest banks in Brazil and succeeded incredibly. The no-fee Nubank that he built is now the most valuable digital bank in the world.

David Vélez’s Brazilian startup has totally disrupted the banking industry in Latin America. With his goal to make banking easier for all, Nubank now has more than 48 million users and is worth close to $50 billion.

How exactly did David Vélez and Nubank disrupt the banking industry? And what does his innovative fintech company’s business model look like?

We’ll break down the story behind Nubank, and how its founder and CEO changed banking in Latin America forever.

Nubank is a Brazilian neobank. It’s the biggest digital bank in the world by the number of its customers. David Vélez, who serves as the CEO of Nubank, started the company in 2013.

Nubank has taken-over Latin America, and it has plans to expand into the rest of the world soon. The bank recently went public in December 2021.

Nubank has absolutely no traditional banking branches and operates through products like the NuConta – their digital banking account. The bank also offers a no-fee, low-interest international credit card that customers can use directly on their smartphones.

The Nubank app allows users to carry out all kinds of banking activities with the click of a button right from their phones. This has helped Nubank boost financial inclusion in Latin America, where most people do not have access to or knowledge of traditional banking methods.

Nubank is headquartered in São Paulo, Brazil, and serves over 48 million customers. In mid-2012, Colombian David Vélez moved to São Paulo after completing his MBA at Stanford Graduate School. He moved to pursue a job as a Sequoia partner.

Doug Leone, head of Sequoia Capital, had recruited him to scout startups in Brazil and the rest of Latin America. However, a few months later, Leone called to say the project was over because of a lack of promising pitches and computer science graduates in Brazil.

While the decision shocked him, Vélez had always wanted to launch a startup of his own. Rather than viewing a lack of Brazilian innovators as a negative, he saw it as an opportunity for himself.

Velez said in an interview:

“In the U.S, there’s an oversupply of good entrepreneurs. Somebody with my experience and background is a commodity. In Latin America, there was significant scarcity.”

This is what gave Vélez the motivation to go from venture capital Sequoia partner to taking on the role of founder and CEO of his own venture. 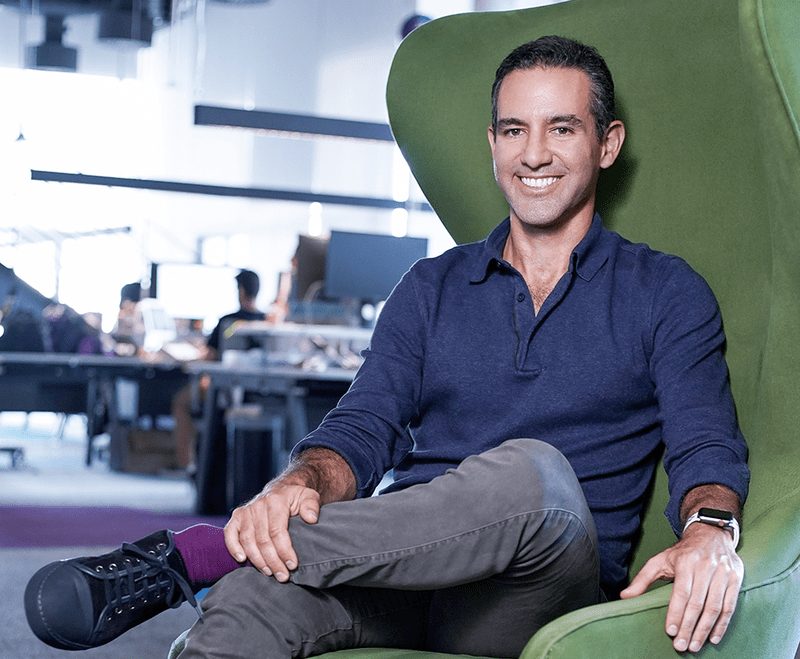 Vélez identified the need for a convenient banking service in Brazil, where half of the population was unbanked, despite being the world’s seventh-largest economy. Back then, there were about 5 incumbent banks in the whole country. These banks controlled 80% of Brazil’s market.

All of the major banks charged huge fees with high-interest rates on credit cards. They all had terrible customer service.

Velez’s frustrating experience with trying to open a bank account in 2013 inspired the idea of disrupting this industry. After spending nearly an hour waiting at the bank to begin the process, it took 4-months before it was complete. Velez knew that no matter where he went in Latin America, the process would be the same.

So, he decided to solve the problem on his own using technology. Nubank was born as an independent, digital bank to help the people of Brazil become more financially savvy.

David recruited Cristina Junqueira who held an MBA and possessed years of experience in the banking industry, and Adam Edward Wible, an American who had spent the first five years of his career in consulting and private equity. With these co-founders, Nubank officially launched in 2013.

By 2013, Vélez had already secured $1 million of investments from his mentor Leone and his former investment banking partners. Argentine venture firm Kaszek pitched in another $1 million of seed funding.

With $2 million of investment, Vélez, along with his partners, got to work developing their first product.

Nubank had the support of a banking partner that allowed them to store their customers’ funds. This was done alongside Mastercard that provided them with a credit card.

In 2014, Nubank entered the banking sector with their Mastercard-backed credit card linked to their customers’ smartphones. This idea was unlike anything the people in Brazil had ever seen before from traditional banks, and so Nubank grabbed their attention.

About 200,000 people put their names on the Nubank waiting list within the first year, with 100,000 people successfully onboarded.

Nubank was extremely careful about the people they onboarded within their first few years. They were trying not to overburden their system, which would result in a bad user experience. However, they managed to develop a method that would allow them to scale their system as their number of users increased.

Nubank used the ‘velvet rope’ strategy in the beginning to attract more customers. This meant that you could only apply for their credit card if a friend invited you, instead of just having everybody apply.

Aside from the exclusivity, this digital bank charged no annual fee and helped its customers make all kinds of transactions through their phones. This really helped Nubank build itself a user base almost instantly.

People who qualified for the card were instantly notified through the app. Their iconic purple-colored credit cards would arrive in two days, allowing them to do just about any banking activity through their phone. Compared to traditional Latin American banks that charged high annual bank fees, this was a great deal. In 2016 – just two years after their official launch – Nubank hit 1 million accepted credit card customers. This was almost entirely through word of mouth and referrals.

With the kind of success that the Neobank had experienced, in 2017, Nubank received a Brazilian banking license. This allowed the platform to offer checking and savings accounts, which automatically increased their user base.

Within five months, about 1.5 million of Nubank’s credit card customers had signed up for bank accounts and traditional financial services.

Today, Nubank’s overall user base is sitting at 48.1 million. This makes Nubank the largest digital bank in the world by the number of its customers.

The bank has an app-based system with no hidden fees which have made banking easy for the general population who couldn’t access the country’s five major banks. Anyone can open a digital account and start banking without needing to visit physical branches.

This online Brazilian bank branch offers the most innovative financial solutions in Latin America thanks to its easy-access banking. No other digital banks have been able to capture the market quite like Nubank.

In 2019, right before the pandemic hit, Nubank had managed to make $523 million in revenue with a loss of just $78 million.

In 2020 the platform only benefited from the pandemic, as people transitioned from traditional banking to mobile and web banking. This helped Nubank’s revenue almost double in 2020 to $963 million, with the losses going down to just $44 million.

The first nine months of 2021 saw Nubank’s revenue increase to $1.1 billion. 57% of this revenue came from interest-related income, and the rest is from fees and commissions.

As a response to the platform’s success, Brazil has recently seen a sudden increase in digital banking services. Many traditional banks are scrambling to launch their own apps, trying to enter the fintech market.

However, Nubank is currently dominating the fintech market in Brazil, offering features that other companies will take a long time to match.

Last year, Nubank acquired a pioneering digital investing platform and rolled out a life insurance product, selling 100,000 policies in the first two months. At the same time, the digital bank has also expanded to Argentina, Mexico, and of course, to Vélez’s home country Columbia, to tap into their unbranched markets.

How Does Nubank Make Money?

How exactly does Nubank make money when they don’t even charge a fee for their credit card?

Whenever you make a purchase through their credit card, an interchange fee is applied through the Mastercard network. At the same time, when you store your money in a Nubank account, the bank earns interest through these funds.

It’s safe to say that the bank has a diverse range of income streams – even though their basic credit card plan is free.

Since its inception, Nubank has raised a total of $2.3 billion in funding across 12 rounds of debt and equity financing. Investors like Sequoia Capital, Morgan Stanley, General Atlantic, and Berkshire Hathaway have backed the company’s potential.

Currently, Nubank has a valuation of $41.5 billion after making its Wall Street debut.

Nubank went public on December 9th, 2021, on the New York Stock Exchange. The company’s share price rose by 15%, which valued the company at $41.5 billion.

Nubank’s stock price began trading at $11.25 a share, which was higher than the $9 IPO price. The company raised $2.6 billion.

Nubank cofounder, Cristina Junqueira has a 2.9% stake in the company, which brings her net worth up to $1.3 billion. This makes her one of only two self-made female billionaires in Brazil. 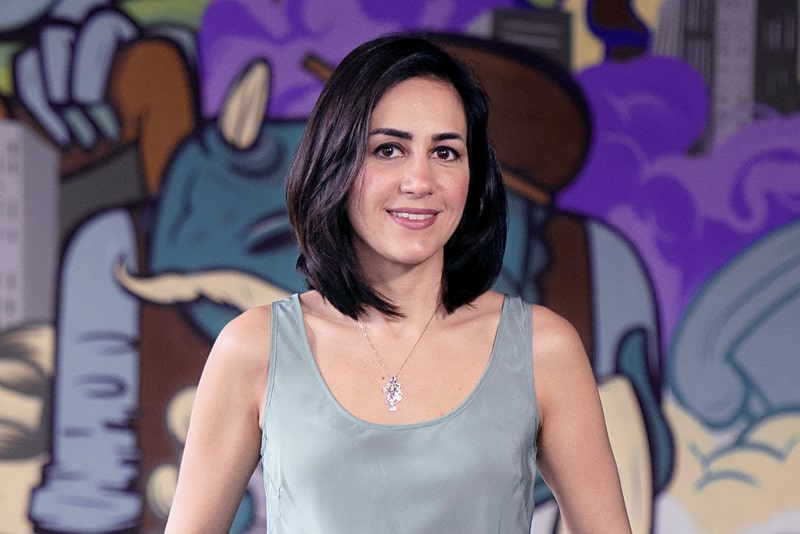 Nubank has increased its customer base and revenue massively over the few years its been operating. Will this growth continue?

According to official stats, Nubank is currently growing by 41,000 new users every single day. With ambitious plans of expanding its empire into other unbanked regions all over the world, it looks like Nubank will continue empowering people financially and breaking the monopoly of traditional banking through technology.

In 8 short years, Nubank has become the biggest fintech bank in Latin America. Founder and CEO David Velez went from Sequoia partner to leading the fintech movement through his own neobank startup.

Thanks to Velez’s frustration with Brazil’s outdated banking system, Nubank launched its free, app-linked credit card and obtained a banking license to offer a broader range of financial services.

In the process of disrupting Latin America’s banking sector, Velez has made banking accessible to millions of people and built the world’s largest digital bank. Thanks to a unique business model and idea, financial services in Brazil will never be the same again.

Is Nubank a bank?

Nubank is the biggest online bank in the world, with over 48 million customers. Nubank offers innovative credit cards and a range of traditional banking products.

Where is Nubank located?

How big is Nubank?

Nubank has over 48 million customers spread across Brazil, Mexico, and Colombia. By customers, it’s the world’s largest online bank.