For many businesses, Google+ remains a mystery. It doesn’t need to be. With over 500 million registered users, and 343 million active users, Google+ can be an amazing way for your business to interact and market to your consumer.

Call me one of those marketers who really does believe in knowing their market (at least a little) before jumping in head first, but -  before I delve further, I thought I’d outline a few tidbits and nuances about this massive, yet somehow still rather obscure, site:

Google+ is pretty similar to Facebook, in that each user creates their own network and they get a newsfeed of their networks’ posts on their Homepage. It’s also similar in that every post has three options to interact with:

Google+ users are distinguished in that the active users here are more tech savvy. They like being on the cutting edge of technological trends. They tend to be a younger demographic than those on Facebook - according to an infographic by datadial, the average age on Google+ is 18-24. Users of Google+ are pretty global, with India having the second largest active users on the platform (after the US).

Accessing friends through videos like Google Hangouts is quite popular for Google+ users. Segmenting your friends by interest or groups is too.

So, now that you know a little more about this site - how do you market on it? How can you get more interaction on your posts on Google+?

I took a look at the world’s most popular Google+ business profiles. In this article, I’ve summarized the top nine post formulas that result in engaged content on Google+.

These 9 actionable methods will get you more shares, comments and “+es” on your Google+ site. Try them out on your page.

This type of post is a sure-fire method to get engagement with your followers. Asking a question opens dialogue, and encourages a response. It is one of the simplest, most straightforward methods to encourage conversations on your Google+ page.

There are many types of questions you could ask. A few examples of query types that do well on Google+ include:

Keep your questions brand or product related, and will you increase engagement for both your post and your brand.

In this example, below, Marvel Entertainment poses a question to their dedicated followers. The post is to promote a new limited series. They ask their followers “who will win the contest?” to create intrigue and garner interaction through comments and debate with their consumers. Hashtags are an amazing way to engage with users on Google+. For those who still don’t know what a hashtag is - basically, it’s a word or two behind a # that makes a common discussion subject.

When you use hashtags, you can extend the views on your posts to beyond your following, as they can be seen in a common subject that you are writing about.

You can use hashtags in two main ways:

In this example from British Airways, they have created their own brand campaign hashtag of #helloweekend. Anyone on Google+ can post about this topic by using this hashtag. Creating an open and engaging campaign slogan is a brilliant way to market to your consumers. If you want to spread your reach on Google+, using common hashtags, that are related to your business is very effective.

For example, a social media marketing business could use common hashtags such as: #social and #marketing.

Like many social platforms, Google+ is a visual site. Include images of your product, or brand campaigns.

The more appealing and enticing your posts are, the more they will be interacted with by being shared, “+ed” and commented on.

In this example from Starbucks, they visually show what their post is about. The image clearly shows the time the discount is available, and is made from both coffee beans, and fruit - to show the products a customer can buy for half price for a limited time. This one post has been “+ed” over 600 times, and shared 46 times. Including great images in your post can increase engagement.

Videos do particularly well on Google+. They can be a pretty cool way to market your brand too. Videos can really create a more personal connection with your followers, which in turn will increase their engagement with you.

When you have videos that are about your brand or product, embed them directly into a Google+ post. That way, your followers don’t have to leave their social platform of choice.

In this example from Red Bull, they posted a cool, brand related video. The video itself is not about Red Bull, the drink, but it does connect with consumers’ lifestyles. The video is over 4 minutes long. It’s had over 400 +es, shares and comments. Even if you don’t have a large marketing budget to create cool, well-edited videos, you can make a simple webcam video, or phone video and embed this on to your Google+ page. Make sure your video is about your brand, product or customer lifestyle.

Quotes can create a bond with your consumers. The closer your consumer feels to you, the more likely they will want to connect with you, and share, comment and + your posts.

In this example, from Virgin, they post a quote from their extremely inspiring and ever charismatic Founder, Richard Branson. Make your quote posts visually appealing too. They don’t have to be directly from you, but they will create more engagement if they have a clear connection to your audience and brand.

This post formula may be a bit counter-intuitive. In social media, you often want to mention others that follow you or are great customers. When you are getting a lot of engagement on Google+, however, it’s best to include your own +profile.

When your post is shared, your +profile remains in the update. This makes it easier for more engagement with you. The mention links back to your profile page. That means even people who don’t follow you can click your link when your post has been shared by someone they follow.

In this example from H&M, they include their +H&M profile to gain more views, potential new followers and more engagement. This one post has had over 1,100 interactions. Create engagement with your followers by asking for a +1. This generates a clear call-to-action, and often results in the sharing that you want.

Asking for a +1 can create engagement, and can make your followers feel a little more connected to you. It can make them feel that they are part of a community you’re creating with your brand. Google+ is a lot about communities, so this type of post works well.

In this example, from Cadbury UK, they engage their followers by asking them to +1 them if they’ve enjoyed their recipes and hangouts over the past year and a half. The post received nearly 600 interactions. Google+ tends to appeal to the more tech savvy, and those who are at the forefront of tech trends. Engage your followers with live videochats.

Google makes it easy to set up group chats. They are actually used very frequently on Google+ (unlike on sites like Facebook). Google+ also has well used features like video hangouts and 1:1 video chats.

When you have an upcoming group chat, post about it to generate interest and participation. The post promoting your upcoming video engagement can garner a lot of interaction in itself. It shows you as a company who is willing to talk face to face with your followers.

In this example from Ferrari, they set up a video chat with Massimo Rivola. They had posted about it in anticipation of the event. Then they continued to post about it, asking their followers if they went to this exclusive online engagement. They had 226 loyal followers take part in the online video chat. Perhaps it’s the tech inclined type on Google+, but users of this social site tend to appreciate a longer update. This is rather distinguishing from other social sites, such as Facebook, Twitter or Pinterest.

Go ahead and get into the detailed nitty-gritty of what you have to say in your updates. Your followers will likely appreciate it, and reward you with lots of interaction on your posts.

In this example, Android posted about new cards they are adding to Google Now. The post details the two new features for both TV Cards and Google Offers. The post has had close to 1,600 interactions through “+es” and shares alone. I trust that you now know more about Google+, and are not intimated to use it to market your brand. It truly can be an interactive and engaging site, where you can connect with your cutting edge customers.

What do you think? Are you on Google+? How do you use it for business? Have you tried any of these post formulas? Share your successes and lessons learned! 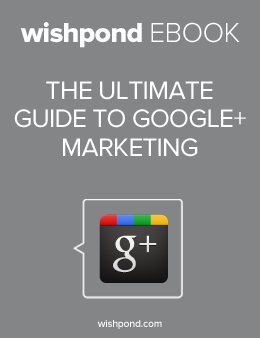