The Fourth of July is a massive holiday in the US.

It's the #1 beer-drinking holiday (take that, Super Bowl), and in past years we spent $6.77 billion dollars on food, $324 million on fireworks displays and $4.4 million on imported flags. We also ate 150 million hot dogs and bought 190 million pounds of beef.

For businesses whose target market might be buying something around Independence day, your ears should be perking up right about now.

The best way to take advantage of the Fourth of July buying market is a contest, and this article will give you everything you need to get rolling while you still have time - 4 contest examples and 25 creative Fourth of July contest ideas.

Your contest doesn't have to be complicated or require weeks of work. Sometimes the best contests are the ones which make entry easy and with a simple prize.

This Fourth of July contest from Ile de France cheeses is just such an example: 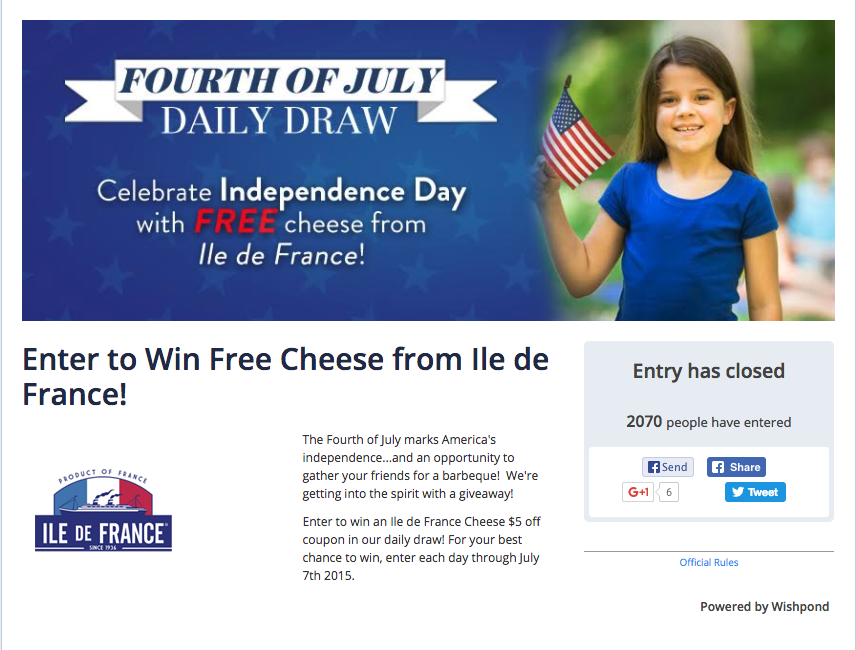 When this contest initially ran it got 2,070 entries.

This Fourth of July contest shows how important your header image is. In many ways (and if you have your prize value in that header) it's all you need.

This Fourth of July contest from the Midway State Fair is a great example of a family-oriented campaign: 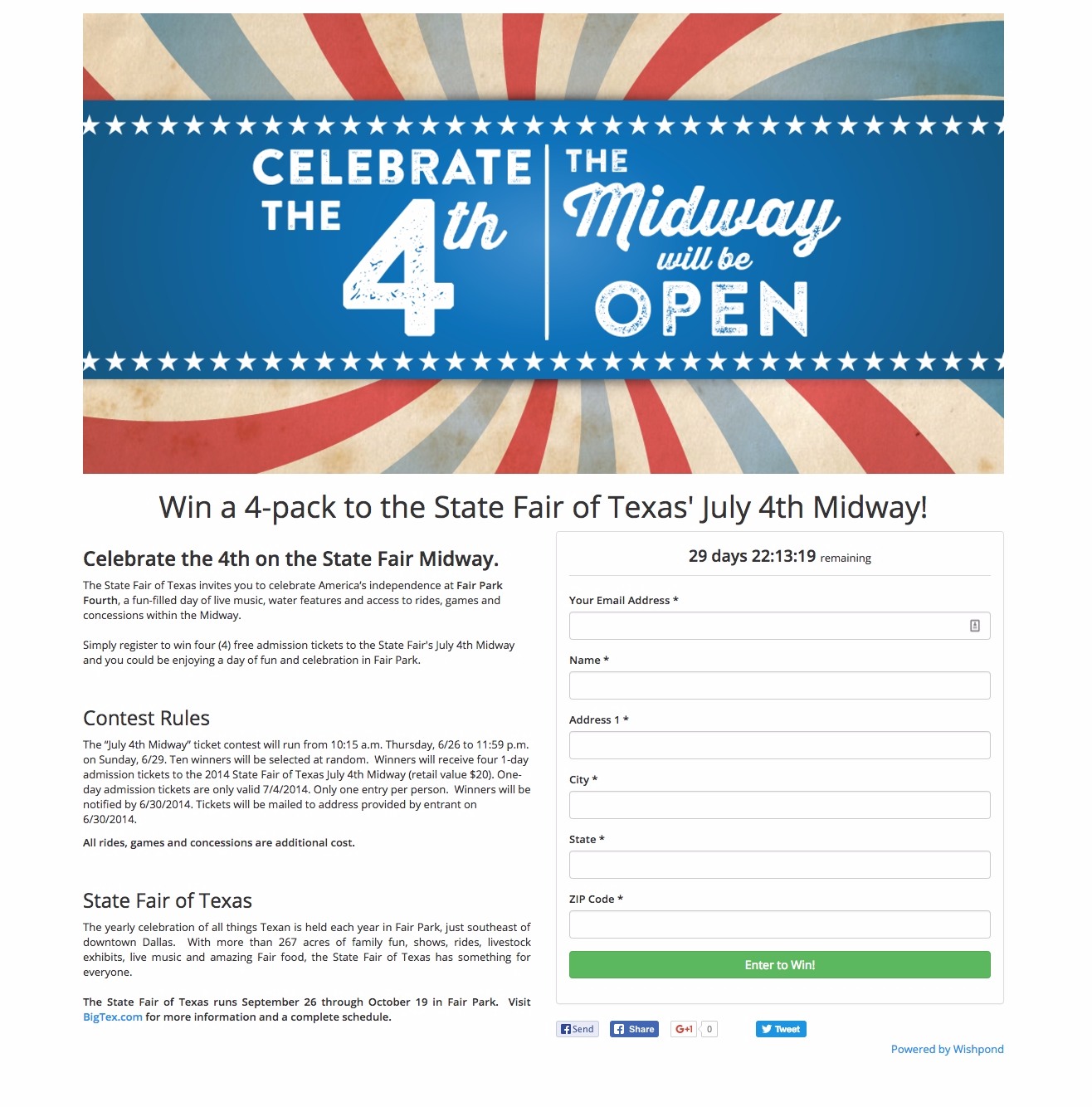 When this contest was initially run it got 2,087 entries.

A Fourth of July Contest Example Made by Me

I quickly put together my own Fourth of July contest example using the Wishpond contest builder. The template I used help me create this campaign in about 10 minutes from start to finish.

All I'd need to do now is promote with a newsletter, social media posts, PR and in-store.

Run this campaign for a couple weeks, send a follow-up discount to all the entrants giving them 25% off their first month of fitness classes and I could watch the profit roll in… 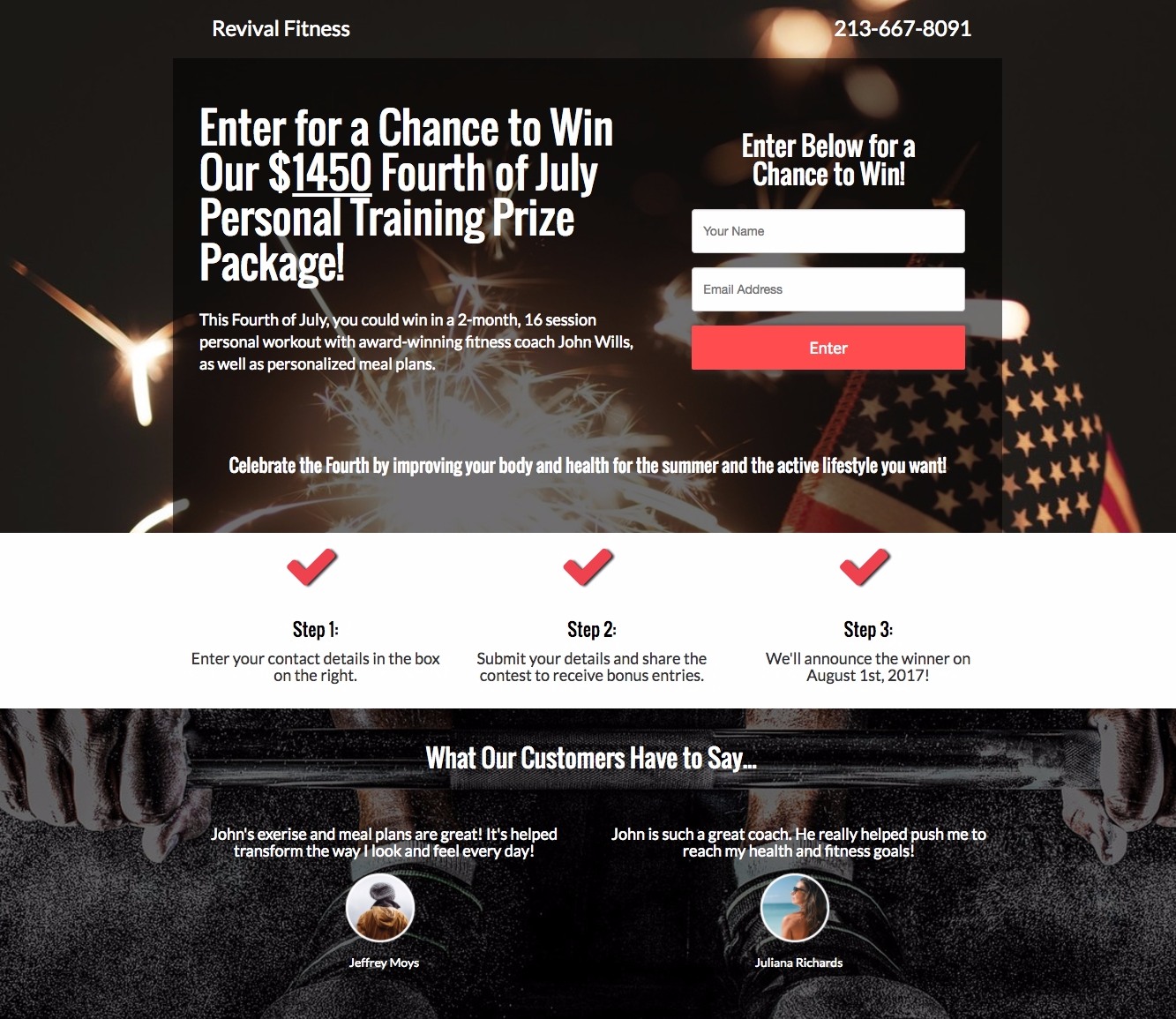 A Fourth of July Contest Example Made by our Designer

I also took the time away from one of our designers to create a hypothetical campaign for me as well using our platform - just to show you what the professionals can do. 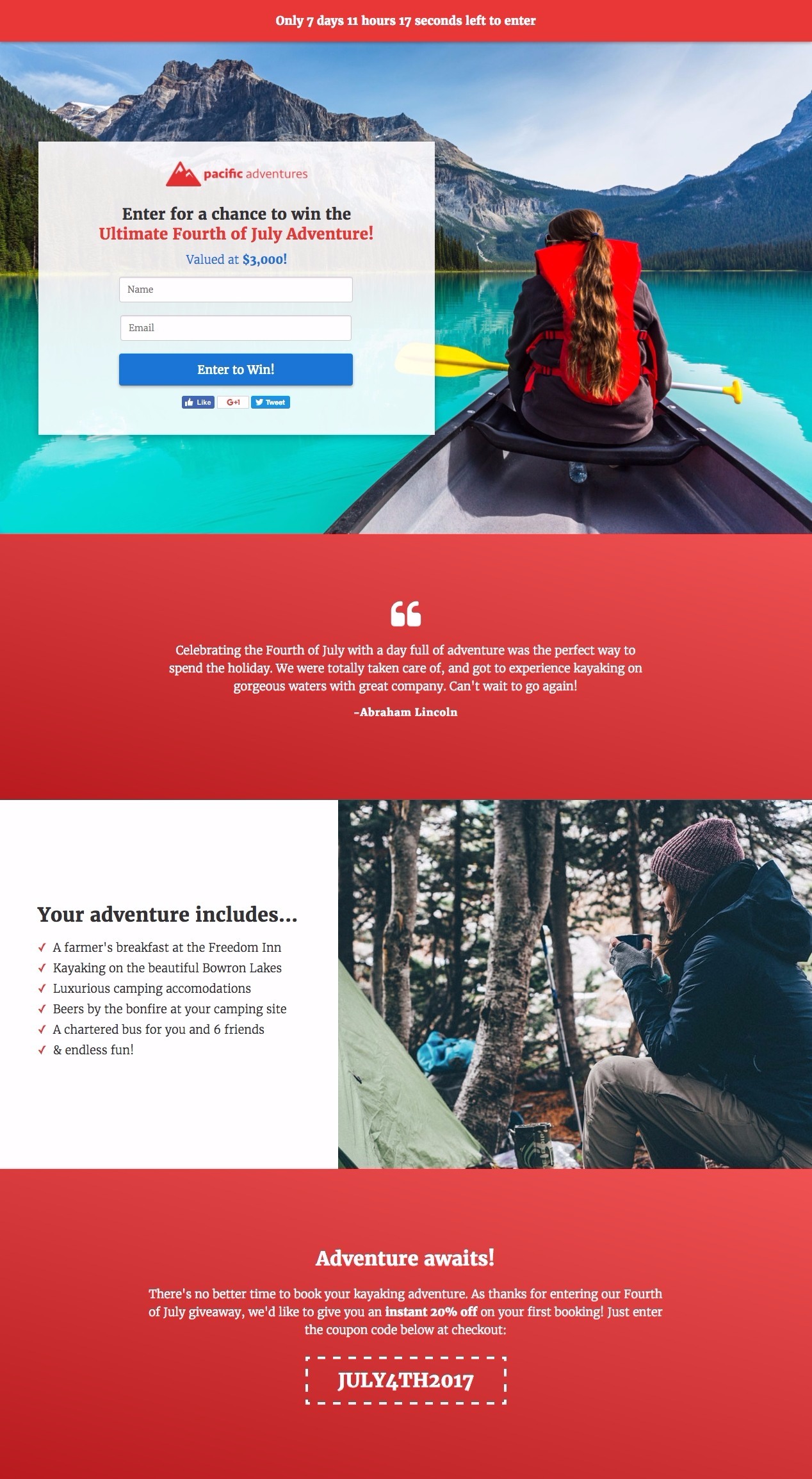 For details about Wishpond's fully-managed campaigns, check out Wishpond 360.

A bit of creativity is often all you need to get started with a great online contest. To help you out, check out these 12 Fourth of July contest ideas to inspire your success:

Top Tip: Try to identify a prize which will bring in, exclusively, your target market. This will make it easier for you to convert your entrants into customers down the line. If you choose a prize that is totally unrelated to your actual products then you'll get a bunch of people who will never actually buy from you.

Hopefully this article has given your business what it'll need to get the most out of the Fourth of July.

Here are a few Fourth of July contest best practices to keep in mind:

If you have any questions, let me know in the comment section below!