Do you think it's possible for all meat consumption to end by 2035? Well, that’s what the CEO of Impossible Foods believes - and as unbelievable as it might sound, the fascinating thing is that it could even happen.

Successfully disrupting the billion-dollar meat industry, Impossible Foods has made ‘meatless meat’ the new normal. But, how exactly did this sustainable, fake meat company build itself into a billion-dollar empire?

Let’s break down the Impossible Foods business strategy to find out.

What is Impossible Foods?

Impossible Foods is a company that produces innovative plant-based meat solutions. The aim of the company is to provide a meat alternative that looks and tastes just like meat and maintains all of the nutritional benefits.

Impossible Foods is focused on molecular research of animal products to discover the best plant-based proteins and nutrients to create the most realistic fake meat products possible.

The company started out with its famous Impossible Burgers and has moved on from 'ground beef' products to create a wide range of plant-based products. 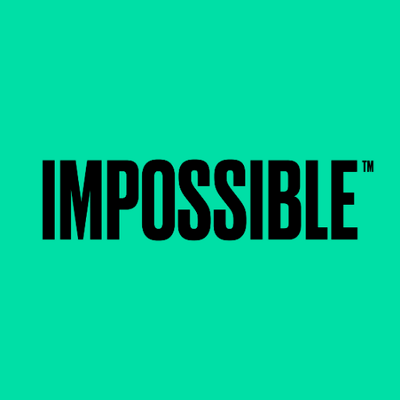 The story of Impossible Foods starts in 2009 when the company’s founder & CEO Patrick Brown took an 18-month sabbatical from his career. He was a professor at Stanford, specializing in gene mapping.

His goal was to eliminate what he had determined to be the world’s most destructive environmental problem: industrial meat production.

He first tried to educate people about the scale of the issue by organizing a workshop called “The Role of Animal Agriculture in a Sustainable 21st Century Global Food System”. The workshop’s lack of impact made him realize that it was pretty much impossible to make people cut meat out of their diets entirely. So he figured out that the next best thing to do was to stop using animals for the production of meat.

Brown hypothesized that if we start using plant-based sources to somehow replicate the meat that we eat, meat eaters would no longer have to rely on animals for food.

From an economical point of view, he wanted to take over the free market and beat the meat industry with a better, more sustainable alternative. 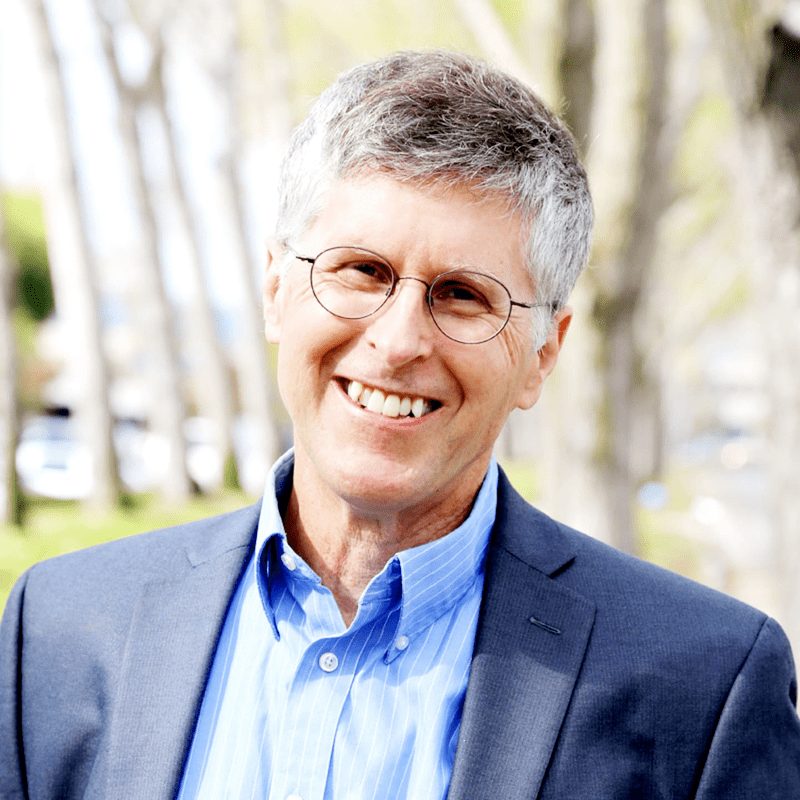 Patrick Brown had this idea in 2009. At this point, there were already tons of plant-based meat companies out there. So, what did Brown do that was so different?

Well, he figured out the root of the problem. All of these existing plant-based foods were targeted towards vegetarians and vegans. So, even if they didn’t replicate the exact taste of real meat, it wouldn’t matter.

What Brown decided to do was to create a product for meat lovers. While you might think that this was a risky move, it was actually brilliant.

Impossible Foods was never meant to target people who were already on board with a meatless lifestyle. They wanted to appeal to meat-eaters and tell them that they could curb their cravings without relying on aggressive animal agriculture practices.

Of course, the idea wasn’t enough. What Brown really had to work on was finding out how to make Impossible Food products taste like meat. So, he started off with more research and figured out exactly why people loved meat so much. He learned as much as he could about the kind of biochemical reactions that are triggered in our bodies when we consume meat. He tried different plant-based ingredients to replicate those reactions by mixing different proteins and fatty acids.

This was a more scientific approach that no one else had tried before. It’s one of the main reasons why Brown had no trouble convincing venture capitalists to give him the seed funding he needed to kick the project off.

Despite his lack of business experience, investors still helped Impossible Foods raise about $3 million dollars in its very first round of funding. This was simply because they were impressed by his background in science. This way, Brown had all the resources he need to target the meat industry, rather than waste time trying to take out smaller competitors.

But of course, an idea as revolutionary as this was going to take time to come to fruition. From 2011 to 2016, Brown’s team was focused on developing a product that they could introduce to the market. During this period, the team’s research and development efforts went hand-in-hand with investor support.

The company spent its first year after the launch solely focusing on research and development and through the process, they managed to create a non-meat-based heme molecule that is responsible for the taste and texture of ground beef. After this revolutionary discovery, Impossible Foods was able to raise another round of funding, this time going above $75 million.

After five full years, the company was able to launch its flagship product in 2016 - The Impossible Burger. 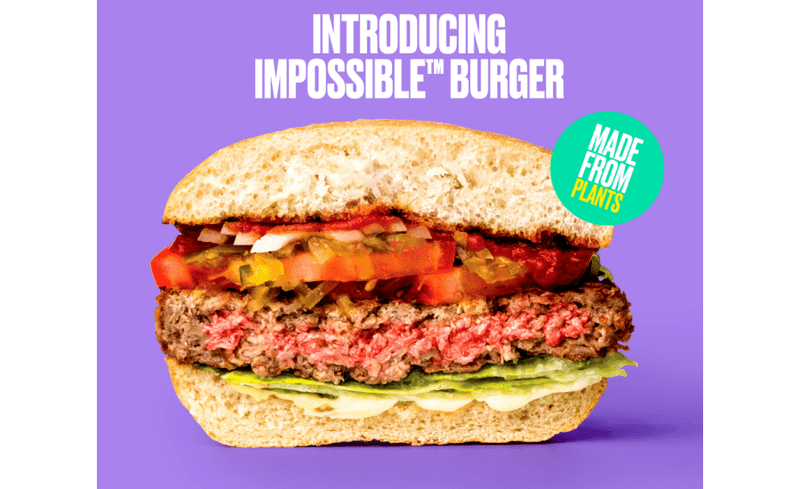 Before their game-changing launch, Impossible Foods needed to figure out a marketing strategy to spread the word.

So, they targeted celebrities and celebrity chefs. They had investments from people like Jay-Z and Serena Williams, and the first restaurant to ever serve an Impossible Burger was Momofuku founder David Chang’s New York City restaurant Nishi. Let’s just say that it definitely lived up to the hype.

The burger also had a certain exclusivity to it simply because Impossible Foods could not afford mass-production of their product with all the development costs. So, the company decided to restrict its customer base and started supplying their non-meat meat to high-end restaurants.

The low-volume production also meant that a single Impossible Burger cost around $13.95 dollars - a price that not everyone could pay.

Brown knew that he needed to increase his production - and fast! So, he decided to shift the company to a larger factory in Oakland where they started producing around 4 million burgers a month.

And with supply starting to be able to more reasonably meet demand, Impossible Foods could lower its prices and fulfill larger contract volumes. Impossible Foods slowly started supplying their product all across America and by By July 2018, two years after its debut in New York, the Impossible Burger has gone international and was available at about 3,000 locations in the United States and Hong Kong.

The next year, Burger King announced that they were going to be collaborating with Impossible Burger to create a plant-based version of the Whopper, called the ‘Impossible Whopper’. This way, more people were able to taste test the Impossible Burger meat.

Soon enough, the Impossible Burger was available to purchase at local grocery stores. In fact, by April 2019, demand for the Impossible Whopper had so severely outpaced production that by summer, R&D workers and scientists volunteered to flip patties on the production line during the 12-hour shifts necessary to triple production 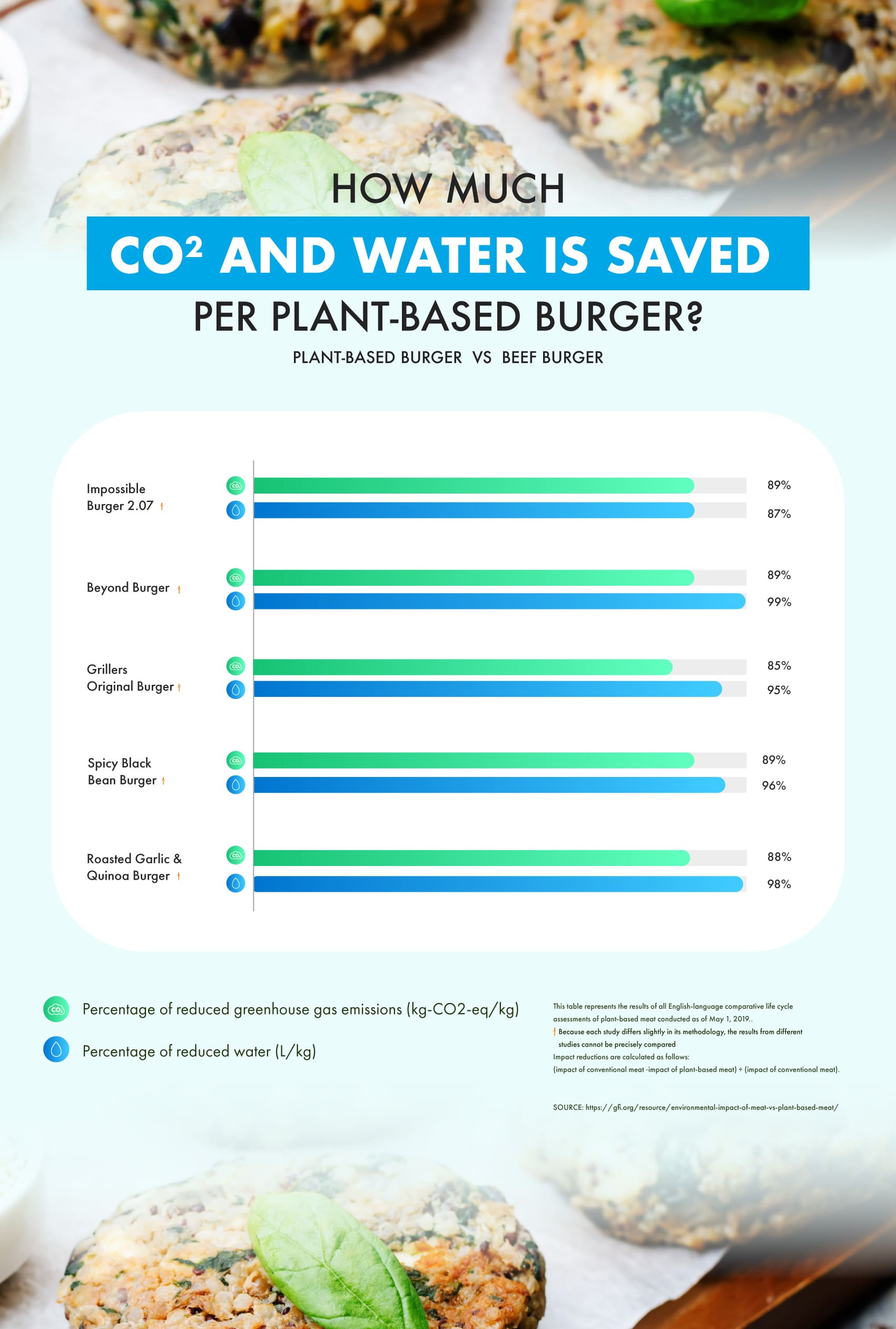 The Impossible Burger managed to completely take over the food industry. Today, more than 30,000 restaurant locations - including chains like Starbucks - carry the company’s meat alternatives.

Of course, that’s not where Brown wanted to stop. After all, a total take-down of the meat industry will take a whole lot more.

In 2019, Brown decided to re-launch his iconic Impossible Burgers by developing an entirely new formula for them. The Impossible Burger 2.0 was gluten-free, replacing wheat with soy protein. According to Brown himself, this version was ‘tastier, juicier and more nutritious’ with ten times the nutrients you would get from plant-based meat. So, not only does the Impossible Meat taste like real meat, it is in fact better than real meat.

Patrick Brown claimed he had been involved in the development of 50 prototype sausage products before Little Caesars began offering it to the public. But, all the trial and error paid off because Impossible sausage sandwiches are now being sold at many restaurants, including Burger King and Starbucks.

The biggest competitor that Impossible Foods have in the market right now is the public company ‘Beyond Meat’.

Now, the reason behind this competition is that Beyond Meat does not use any kind of synthetic ingredients to create their plant-based meat products. Impossible Foods is entirely based on the genetic modification of ingredients and proteins to make your fake meat burger taste more ‘meaty’.

Because of this, people who are more health-conscious might prefer Beyond Meat. As far as the market competition goes though, Impossible Foods is considered to be outselling the latter by a huge percentage.

However, rumor has it that Beyond Meat is currently working on starting its own plant-based food chain. 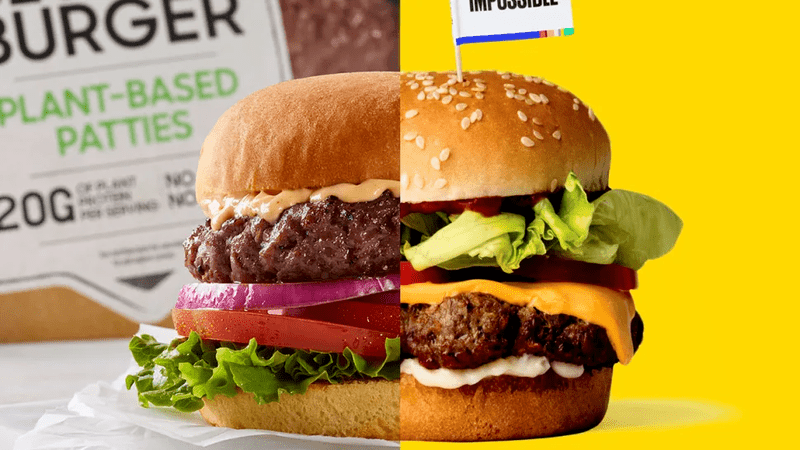 The company recently had to turn down a deal with McDonald’s because it didn’t have the resources to meet customer demands.

Another challenge that Impossible Foods has recently had to face is the fact that nutritionists like Diana Rodgers have questioned the company’s ingredients - specifically the genetically modified soy.

A huge group of people believes that what the company is doing is just green-washing and that they really just are just another version of highly processed foods from cheap raw ingredients that are marketed as cleaner and healthier.

However, this is where the larger food industry has come out in support of the brand, with the CEO of Whole Foods John Mackey saying that he would never endorse Impossible Foods if that was the case, showing his faith in Brown and his brand.

Another obstacle for the plant-based industry has been the fact that the US Cattlemen's Association has recently launched a petition for plant-based meat alternatives to not be referred to with terms like 'meat', 'steak', 'sausage' or otherwise - which can prove to be a challenge for Impossible Foods in terms of their entire branding. However, the US government has yet to enforce or even accept this ban.

How Much is Impossible Foods Worth?

Despite all of these challenges, as of now, the total valuation of the company is around $4 billion.

With investments from companies like Microsoft and people like Katy Perry, Jaden Smith, and Trevor Noah - it's pretty obvious that the company has managed to garner a huge list of supporters for its cause, raising billions of dollars in valuation over the years.

Impossible Foods is reportedly looking to raise $500 million in a new funding round, which would bring the company's valuation up to $7 billion.

Impossible Foods is currently set on going public. It won't be before the end of the year, and it may not be until the tail end of the recent food IPO boom.

Founder and CEO Pat Brown is extremely sure of the fact that the company will start trading publicly some time very soon - which will be another great win for the plant-based industry as a whole.

What’s Next For Impossible Foods?

As far as the future goes, Impossible Foods plans on expanding its product range and expanding its fake meat line. The company is also set to double the size of its research team to develop and test a prototype of dairy-free Impossible Milk.

And if it's anything like their meat-less meat, the company is sure to keep their winning streak going big.

With an innovative product and a unique go-to-market strategy, Impossible Foods managed to turn fake meat into a billion-dollar company.

Their goal to reduce meat-eating through plant-based beef is ambitious, but the company has managed to extend its popularity to the mass market.

Impossible products are certainly impressive for their environmental impact, health benefits, and meaty taste. This is a company that’s managed to completely change the food industry through plant-based Impossible products.